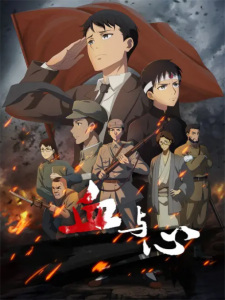 血与心, Blood and heart: The legendary life of a Japanese youth in China

This work tells the legendary life of Megumi Sunahara, a soldier of the Japanese People’s Liberation Army, and shows the true history of the little-known special group of the Japanese People’s Liberation Army. Sabara Megumi was born in the Kyushu region of Japan in 1933 and came to Northeast China with his parents when he was a child. After Japan’s defeat and surrender, he was unable to return to Japan, and lived at a landlord’s house in Liaoning to herd cattle. In 1948, he joined the People’s Liberation Army under the name of “Zhang Rongqing”, where he experienced the battles of Liaoshen and Pingjin and devoted himself to the cause of the proletarian revolution.

The Legend of Heroes: Sen no Kiseki - Northern War (Dub)